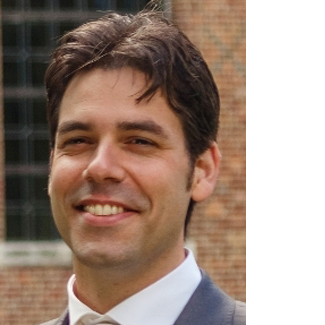 Tiddo Jonathan Mooibroek (12th March 1982) obtained his BSc from the ‘Hogeschool Leiden’ (Cum Laude) in 2005, following both the organic and analytical chemistry tracks. He obtained his MSc degree from the University of Leiden for which he was awarded the ‘Oosterhof award’ in 2007. His undergraduate projects were conducted in the group of Jan Reedijk, where he worked with Patrick Gamez, Wen-Tian Fu and Elisabeth Bouwman. Tiddo then pursued a PhD in industrial homogeneous catalysis under the guidance of Eite Drent and Elisabeth Bouwman, studying the Pd-diphosphane catalyzed reductive carbonylation of nitroaromatics. In the same year as his thesis defence (2011) he obtained a MA degree in the philosophy of science from the University of Leiden, and a MA degree in Christian studies of science and society from the Free University of Amsterdam.

He then moved to Bristol (UK), where he worked as a post-doctoral researcher with Anthony P. Davis on the development of pyrene-based receptors for carbohydrate recognition in aqueous solutions. In 2014 he became a Novo Nordisk ‘STAR’ research fellow in Bristol on a project to develop glucose-responsive insulin in collaboration with Anthony P. Davis and Thomas Høeg-Jensen. Funded by a 2016 NWO VIDI grant, Tiddo is currently starting his own research line in Amsterdam with which he strives to develop supramolecular catalysts for a one-step selective conversion of carbohydrates. Over the years he has also studied how unorthodox intermolecular interactions -that are predicted to be energetically favourable- manifest themselves in solid state structures (first with Jan Reedijk and Patrick Gamez, currently in collaboration with Antonio Frontera and Antonio Bauzá).

At date, Tiddo has attended various international scientific meetings and contributed to them with posters and oral presentations. He is (co-)author of one patent and 40 scientific publications, and has refereed articles for various journals including Chem. Commun. and Chem. Eur. J..

Details can be read in his curriculum vitae and on the Web of Science, Google Scholar and LinkedIn.

Carbohydrates are the most versatile class of biomolecules and play an important role in many malignant biological processes such as diabetes, infection, and cancer metastasis. Research aimed at intervening in these processes therefore depends on the availability of complex carbohydrate molecules. The current synthesis methods for these molecules are based on the use of fragile enzymes or require multi-step organic synthesis. This often renders them time-consuming and poorly adapted for large-scale production.

With his VIDI grant, Tiddo aims to improve this. He plans to develop supramolecular catalysts that can selectively and in one-pot derivatise carbohydrates (Figure 1). Tiddo’s initial focus will be on the conversion of D-glucose, the most abundant monosaccharide, into a range of different derivatives. Various simple available glucose-derivatives (glycosides, deoxy sugars, di- and oligo-saccharides) are many thousands or even millions of times more expensive than glucose itself.

Figure 1.Artist impression of the conceptual basis of the VIDI project

The main challenge in the synthesis is that the hydroxyl exteriors of sugars such as glucose are chemically rather similar. To overcome this molecular cages have been designed that are functionalised with a catalytic group. These supramolecular catalysts should bind sufficiently strong and specific to a carbohydrate. When bound, one part of the sugar’s hydroxyl circumference will be shielded while another part will be left exposed to the catalytic site to allow for selective chemical conversion.

The possibilities of this catalytic concept are virtually endless since the cages can be functionalised with different types of catalysts: acid catalysts for glycosylation or hydrolysis; base catalysts for glycosylation, acetylation or hydrolysis; and redox active metal complexes for oxidation or reduction chemistry. Adding to this, the importance lies not only in research and application in medicine. Carbohydrates are widely regarded as a promising future renewable feedstock for the chemical industry.

A question that has driven some of my research is whether unconventional interactions (e.g. anion-π or Tetrel bonding interactions) can manifest themselves in a directional fashion within solid state structures. For this purpose I have developed a statistical analysis method to evaluate crystal structure data deposited in the Cambridge Structure Database and the Protein Data Bank (see Figure 3).

This analysis takes into account the actual volume of the interacting partners and corrects for a random distribution of the data. The directional character of several intermolecular interactions could for the first time be demonstrated using this method. The method is akin to a simpler version articulated by Kroon and Kanters for the proper evaluation of the directional preferences of hydrogen bonds (Nature, 1974, 248, 667). Adding to this, I find it fascinating to think about how unconventional intermolecular interaction might be exploited. For example in the design of novel supramolecular synthons and/or by highlighting existing chemical structures that could be used as such.

Carbohydrates are Nature’s most versatile class of molecules and fulfil various functions in the immune response system. Selective recognition of a particular (oligo-)saccharide could thus be exploited as an analytical means in biomedical research. For some illnesses, selective sensing could potentially be used as a diagnostic tool (The Sugar Code and Methods in Molecular Biology). However, binding carbohydrates selectively and in their natural environment (water) is challenging due to their hydromimetic hydroxyl exterior and the subtle differences between structural isomers. As a result, both natural and synthetic receptors tend to show low affinities, especially towards neutral carbohydrates. Lectins, the major class of carbohydrate-binding proteins, often bind monosaccharides withKa< 103M-1(Curr. Opin. Struct. Biol., 1994, 4, 719). This challenging state of affairs has been confronted by using macrocyclic cages that are interaction complementary to carbohydrates (Angew. Chem. Int. Ed., 1999, 38, 2787). The general design consists of hydrophobic aromatic surfaces as ‘roof/floor’ for CH-πinteractions, separated by polar isophthalamide ‘pillars’ for hydrogen bonding. Dendritic groups that terminate in carboxylic acids –mainly deprotonated at physiological pH– are used to accommodate such relatively apolar cages in aqueous solutions (Angew. Chem. Int. Ed.,2016, 54, 2057).

My contributions to this field mainly consisted of exploiting pyrene as aromatic design component. This large and rigid hydrophobic aromatic ‘patch’ was implemented in compounds 1– 5 (Figure 2), which proved to exhibit unique carbohydrate binding properties.

The dipyrenyl receptor with three ‘pillars’ (1) was shown to act as a threading receptor for glucose oligomers with affinities exceeding 104M-1and even formed polypseudorotaxanes with cellulose and chitosan (Nature Chemistry, 2016, 8, 69). This latter finding was particularly exciting as the supramolecular manipulation of these readily available Natural polymers under aqueous conditions has the potential to be exploited in biochemistry and chemical biology. Interestingly, much of the binding power is lost when one of the pyrene moieties is replaced by a biphenyl component, as in 2 (Org. Biomol. Chem., 2016, 14, 1930).

The two regioisomeric receptors with four ‘pillar’ (eclipsed 3 and staggered 4) proved to be the most potent receptors for charge-neutral mono-saccharides to date (Angew. Chem. Int. Ed., 2016, 55, 3387). In particular it was discovered that staggered 4 binds to GlcNAc-β-OMe with an affinity of ~20.000 M-1; a 25-fold advance on the lectin most commonly used to bind O-GlcNAc units (WGA). The receptor even bound an O-GlcNAc glycopeptide with Ka~70.000 M-1. These findings are highly relevant because there is much interest in agents that bind O-GlcNAc for use in detection and separation methods for modified proteins (Nature Chem. Biol., 2010, 6, 338).

The set of pyrene receptors of alternative ‘platform’ design (5aand 5b) were developed with the aim of achieving divalent carbohydrate recognition and to accommodate sugars with axial groups (Angew. Chem. Int. Ed., 2016, 55, 9311). The design comprises a pyrene core with four aryl rings that are held perpendicular to the pyrene plane due to steric clashes between the aryl’s ortho-H’s and the peri-H’s on pyrene. Polar dendritic groups on the aryl’s metapositions then provide a means to solubilise the hydrophobic core while concurrently providing polar binding sites for interacting with the carbohydrate (Angew. Chem. Int. Ed. 2016, 54, 2057). The receptor with carboxylate terminating dendrimers (5a) bound mannoseamine  with Ka1~3.000 M-1, while the receptor comprising guanadinium termini (5b) bound to an important α-sialyl unit with Ka1~1.000 M-1.