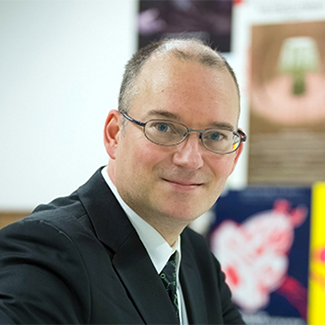 Bas de Bruin studied chemistry at the University of Nijmegen from 1989-1994. He obtained his Ph.D. (April 20, 1999) from the same university (Rh Mediated Olefin Oxygenation). He did his postdoc in the group of Wieghardt at the Max-Planck Institut für Bioanorganische Chemie (Mülheim a/d Ruhr, Germany, April 1999-April 2000) for which he obtained an Alexander-von-Humboldt fellowship in 1999. After his postdoc he returned to the University of Nijmegen as an assistant professor in Inorganic Chemistry (Metal-Organic Chemistry), where he was involved in several research activities ranging from olefin oxygenation, radical organometallic chemistry, EPR spectroscopy, catalysis, light-switchable redox bistable molecules, DFT calculations, and (catalytic) synthesis of new materials.September 2005, Bas de Bruin obtained an NWO-VIDI grant to uncover new catalytic reactions. November 2005 he moved to the University of Amsterdam (UvA, group Reek, Homogeneous and Supramolecular Catalysis), where he was promoted to Associate Professor (UHD, October 2008). January 2013 he was promotedto Full Professor (chair) at the same university. January 2016 he was electedas ‘UvA teacher of the year 2015’, in a university-broad competition organized by the students of the University of Amsterdam. In 2020 he was elected as a Chemistry Europe Fellow.